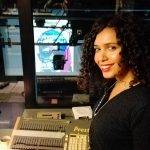 At the age of 17, they took their first photographs of the massacres in Syria. Abdul and Ameer grew up and learned their profession far too quickly. Five years - and a lifetime - later, they take photographs together during protests in Paris. On November 28, 2020, after years of dodging bombs, Ameer was unable to dodge the bludgeoning of a CRS.

For Ameer and Abdul, photography is a vital response, a warning signal, a clenched fist. It revives the painful memory of a life left behind, of loved ones robbed by war, and becomes at the same time a way to move forward and to rebuild a life elsewhere.

Abdul arrived in France in 2018 to rebuild a life and to work as a photojournalist. He is originally from Hamouria, a Syrian city in the Ghouta suburbs located east of Damascus, the capital. He was 17 years old when the Syrian army carried out its first attack against the population in 2011, during a peaceful protest against Bashar al-Assad's dictatorial regime. This first act of violence marked the beginning of a revolution that is still underway.

Two years later, the regime besieged the Ghouta region which was occupied by the rebel troops. Air raids intensified their strikes on the cities and killed a great number of civilians, many of them children. From then on, the 400,000 inhabitants of the region were taken hostage in an open-air prison, deprived overnight of their daily lives, their homes and possibly their loved ones, who were arrested or bombed.

Abdul had never imagined he would become a photojournalist. Initially, he intended to study computer engineering. When the war broke out, he was just finishing high school and interrupted his studies. Later, he plunged into the world of journalism, joining friends working for a media outlet founded after the 2011 revolution, which was already covering the situation in Hamouria. The first images Abdul released to the world were a video taken on the spot of people being killed in his city by the Syrian authorities' aerial bombs.

Photojournalism is a cause that Abdul and his friends have decided to fight for, on behalf of their country, to stand up against the relentless and daily violence and the government's false propaganda that conceals the truth. It is a reality that must continue to be denounced in Syria as well as around the world, Abdul insists.

It was difficult to find media that wasn’t controlled by the government at the time. But since the Syrian revolution, many people like Abdul and Ameer have decided to mobilize themselves and report on what is really happening in their country. These "citizen journalists" began covering the war from every corner of Syria, through local and international media. Their images were important, given that foreign journalists had no access to the region under siege.

Most of these reporters of a new kind were trained in the field. "It was very rare to find a journalist who had learned his job in an academic setting," Abdul says. As for him, he took online photography courses, but it was in the field that he really developed his skills, like all his fellow journalists. In fact, Abdul explains they all learned the job "together", and everyone shared the same story and the same pain.

At a young age, Ameer developed a passion for photography by watching his elders who worked for the local media and covered the war in his city. In turn, he wanted to describe reality through images, and to do so, "be in the right place".

Ameer began photography at the same age as Abdul, when war broke out in his hometown of Aleppo. He learned photography on his own. Day after day, he took pictures — ghastly they may be — of the injured and dead bodies he witnessed lying on the ground . Later, he started working as a Syrian correspondent with several international media such as the AFP (Agence France-Presse).

When Aleppo was sealed off for several months, his life and that of all the inhabitants came to a tragic and irreversible turning point. When the siege ended, their homes disappeared; all that was left were the remains of a daily life that was forever lost. A choice had to be made between two constraints: pile up in another city or  take the risk of fleeing the country.

Meanwhile, Abdulmonam Eassa, who opted for the second solution, shares details about his departure from Syria: "I have decided on everything I have done in my life, except for when I left home." He took the bus to the border between Turkey and Syria, the only way out of the country, and landed in France five months later, once he had obtained his visa.

When Abdul heard about the Yellow Vests protests, one question popped into his mind: "What do the protests look like in Europe, in a country like France?"

Not expecting to see violence, he was a bit surprised during the first protests. One good thing, he notes, is that no one dies here. However, the situation in Paris and Syria is not comparable, Abdul highlights. Two different contexts, yet the challenge remains the same for Abdul: to inform the world through images. In his photography, Abdul wants to understand and communicate the real needs of people, in France as in Syria.

Abdul was also there on December 12, at the "Marche des libertés" ["Freedom march"] against the Global Security Bill. He saw the protesters being hit. But this time it was also his fellow photojournalist Ameer Al-Halbi who couldn’t avoid a police officer’s baton. When he saw his friend’s serious facial injury, Abdul's reaction was not one of shock. Instead, he shares with us his resignation; from where he came, he has seen and lived the worst.

Ameer Al-Halbi describes the events of December 12 himself. The peaceful protest turned into a confrontation between the protesters and the police. Holding his camera in his hand, Ameer stepped in and whirled around between the two sides, amidst the noise and beatings, in order to take the right picture. He doesn't remember exactly, but it all happened very quickly: he was hit in the face with a baton, and collapsed to the ground. Stunned, he saw people pass over his body. It was only much later, in the hospital, that Ameer realized that his injuries were serious. He recounts his shock when he saw his face covered with bruises and bandages and his broken nose.

However, after the horror he endured in Syria, now nothing  seems to touch Ameer deeply. Just like Abdul, he explains that after what he experienced there for so long, he doesn’t feel fear anymore.

Being a photojournalist in France and in Syria remains incomparable. When he left his hometown to escape the siege, everyone was jostling and crowding on the buses. But the journey was particularly tiring and the atmosphere tense for Ameer, who was on the lookout for the Syrian, Russian or Iranian authorities.

"I didn't take my camera or my computer," said Ameer, "because I knew that if by any chance we were stopped and they [asked] if I was a photographer, I would be dead." He left everything behind in order to blend in with the crowd, because taking pictures in Syria was an act that could cost him his life.

Abdul's words echo his own: "[I was] a photojournalist, not a teenager. [...]  Adolescence does not exist in my life."

“It is through photography that I can go further” (Ameer)

However, photography also brings back harrowing memories of Aleppo for Ameer. He lost his father there, who was rescuing inhabitants in between bombings. Throughout  this ordeal, he found a way to express his grief through  photography. For a year after his father's death, he shot a series of photographs on the theme of the relationship between father and son, which won him a number of prestigious awards. However, Ameer undertook this project mainly for his personal journey.

Coming to France, he applied to the Speos School of Photography, with the help of Polka magazine and the AFP, for whom he works. He realized that he had never really thought about photography in any other way: all his life, photography had been an instrument of the press in the context of war journalism. And for the past year, he has enjoyed rediscovering his passion and exploring documentary photography, and cinema among others.

Rizlaine Sellika is a journalist, she works with major news agencies such as Tony Comiti, Eléphant & Cie, Spica Productions ... Reporter/director, she makes reports for M6, RMC STORY, RFI, Nova. Passionate about culture, Rizlaine is committed to highlighting diversity, underground culture & world music as a host on Demain TV & MCE and as a columnist on RFI, Sud Radio. She is also co-author of the web documentary Césaire notre contemporain broadcasted on the France Télévision platform.

Born in the Paris suburbs, Ryad Maouche is 27 years old and has a master's degree in Journalism from CELSA (Paris-Sorbonne). In 2020, he co-founded the media company Frictions.