Après M : No Really, Come as You Are 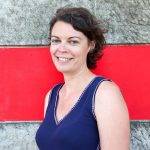 Photo of the Après M

In Marseille’s northern districts, an ex-McDonald’s brought about a minor revolution. During the first quarantine, it became a food aid platform. Now, the site requisitioned by hundreds of volunteers, plans to become a “fast social food”.

It’s Monday morning. Food distribution began at 8 am, but “some people have been here since 6 am,” states Mohammed, the head of the operation. This thirty-year-old community member is cloaked in a rain poncho in preparation for the impending storm, and goes back and forth to the different groups of volunteers, managing the flood of demands. “Are we out of bread? Ok, I’ll go check the stock,” he volleys energetically to his troops. The first quarantine in March 2020 and the ensuing social crises led Mohammed to have a sudden realization which then became self-evident: “Mutual aid is the way to help out your neighbor.” He now contributes to his community through the Après M (“After M” in English).

First placed in the northern neighborhoods (the 14th arrondissement) of Marseille in 1992, this former McDonald’s is where Mohammed and hundreds of other volunteers give back to the neighborhood’s population – with the goal of offering another social model based on solidarity and mutual aid – the diametric opposite of the American capitalism served up by the fast-food chain. In this highly symbolic location which was requisitioned in April 2020, local residents, former employees, and citizens searching for community involvement organize, one after the other, food distributions, food delivery, but also workshops for children, or introductions to healthy eating accompanied by the vegetable patch that sprouted up in stead and in place of the former parking lot.

Next to the restaurant’s former cash registers, a man sorts through the fresh produce that will supply the meal parcels of the day. It’s Kamel. He has a thick beard and black k-way, and it was he who began the fight: “I was hired by McDonald’s in late 1998 as a multi-skilled employee. I was quickly promoted, and I became one of the youngest managers in the whole organization when I was only 18.” He rotated between several chains in Marseille, Vitrolles and Aix-en-Provence. “As I went from one spot to the other, I realized that not every restaurant had the same assets. The burger, however, tasted the same everywhere you went,” says the former employee. In 2013, he linked up with the teams in Paris, Lyon, Rouen and Nice, and they created a national social charter, including a thirteenth month, an increase in pay for night shifts, student contracts, social insurance transport aid… “At the end, we had become a very dangerous social model to Mickey Dees,” Kamel comments favourably on the movement, which expanded beyond French borders into Italy and Spain in 2018.

The firm in Sainte Marthe ended up cracking under pressure, and McDonald’s planned to sell the commercial property to Ali Food, a Tunisian holding. “A straw buyer,” according to Kamel. He decided to lock himself inside the restaurant, condemning what he called a “masquerade”. The deal was then postponed and in 2019 the organization was placed in liquidation. McDonald’s negotiated the budgetary envelope for former employees. Kamel refused: “I’m not for sale,” he said firmly, head held high. In April 2020, when confronted with the health crisis and sought out by the cities’ associations, he converted the premises into a logistical platform for food aid and basic necessities. The cold rooms and the cooking equipment were put to use by hundreds of volunteers who prepared 70,000 parcels for 100,000 customers, and thanks to an “Über in solidarity” system, they brought meals on wheels to people with reduced mobility.

“Coming through! Yogurt coming through!” yells Ouarda, dragging a huge cart over to the food distribution teams. A single mother and local resident, this volunteer came to know the Après M from the other side of the fence. A manager in the food sector, the health crisis forced her to liquidate her businesses so that she wouldn’t go into debt. “I found myself with my head down,” she confides, and was left to turn to the Restos du Cœur [a charity which distributes free meals to people in need] for her family to survive. When she heard a friend talking about this place, she decided to go the following Monday and received food aid for three months. One day, she offered her assistance “with a lot of gall.” “I was incredibly well received,” she had found a place to sit down, have a coffee, chat about her worries, and lend a hand if she wanted… “Kamel told me ‘the door is always open, this is your home,’” and she still smiles fondly at the memory.

The activity in this new place of solidarity has now become vital for the neighborhood, and the association “Après M” was officially created. In December 2020, the locale was inaugurated with much fanfare, and several representatives of the anti-capitalist struggle like Jean-Luc Mélenchon and José Bové were present. Because beyond food aid, the goals of the association above all are centered on reappropriating the premises so the local residents can create a space for mutual aid. With volunteers’ spontaneous initiative, many activities have sprouted where the fast food restaurant used to be: rap composition and cooking workshops for children, organic market gardening (whose products will be freely distributed in the meal parcels) in the parking lot, a free store for clothes, books, and toys, tutoring and administrative support, trips to the ocean in the summer… “A hundred residents come by every week to participate in these activities or to offer their help,” says Sylvain, the communication manager for the Après M.

“What do I like about this place? Everything: the ambiance, the people, our way of working together… it’s a big organized mess that works really well,” states Nathalie. She is thirty, and has been volunteering at the Après M since January 2021. She has been busy filling up the food parcels since 8 am with the day’s harvest, yogurt cups, chicken hot dogs, milk, bread, fruit and vegetables. The Après M doesn’t receive any funding, and runs entirely on the donations of mass market retailers, and bakers or nearby businesses. Every Saturday, the volunteers get together to organize the works in progress, taking each person’s wishes into account. “There is no monitoring: the power is with the people,” Nathalie says excitedly.

“This has revolutionized the way that associations function,” adds Ilias, a thirty-six-year-old volunteer who was “born on the Canebière [an emblematic avenue in Marseille].” He comes by three times a week to lend a hand depending on what needs doing, anything from receipt of merchandise, unloading, sorting, distribution. “It’s a phenomenon of the northern neighborhoods of Marseille, and for many it has become a place to put down their roots.” But beyond serving as a resource for the local residents, the Après M’s ambitions go beyond that, which Nathalie sums up as: “not just giving people parcels, but also giving them integration prospects and jobs.”

“Leave us the keys”

In early 2021, the association took steps to make the organization more permanent. The goal was to create a community restaurant, which would offer 100% local, in season, and organic burgers for pay what you want – a way to hire back the 77 former employees of the American firm. “It is also a matter of putting the residents’ ideas forward by creating menus in tandem with them, and then naming them after their neighborhoods, like Castellane or Font-Vert,” explains Sylvain. Their aim is also to train the participants in democratic decision-making. The campaign called “Laissez-nous les clés (“Leave us the keys”)” was how the Après M hoped to buy back the premises, which still officially belonged to McDonald’s, by creating a corporate citizenship (“The People’s Share”) which will suggest that 50,000 people purchase €25 shares, or invest in “suspended shares” (like pending coffee) for people with limited means. Initially, the association had committed to re-hiring 37 of the 77 original employees to work in the “fast-social-food” that will open over the course of 2022.

Plot twist: on the 2nd of June 2021, the city of Marseille, which had established itself as the mediator in the case, bought the restaurant. “When the citizens of Marseille decide their own future, when they regard their role as important to the city, and that their history and Marseille’s history must be intertwined, things become possible,” said Benoît Payan, the city mayor. It put an end to the power struggle with the American giant, and was a relief for the teams at the Après M, who went from being illegal squatters to legal tenants of the premises. However, “the real estate company is still on the agenda,” highlights Fati, the general counsel to the Après M. He goes on, the goal is to “sign a 25-year-long property lease to solidify the project, and spare the collective from bearing that financial cost.”

Diffusing the seeds of revolution

On this Monday in May, it is nearly noon. Underneath the storm that finally breaks, the line of customers gradually trickles off. Locals of all ages list their thanks in Arabic or French as they move away. “There were 2,166 people registered for today,” says Ilias. From behind their masks, you can see the exhausted and smiling faces of the volunteer teams. Ouarda continues packing up, and begins cleaning the cold rooms. “This is very close to my heart, it is more a labor of love than a necessity.”

What does she hope for the Après M ? “I want to help this cause thrive and help maintain this momentum, broaden the concept, get young people involved, organize more events, make connections with the local store owners…” In July, she, along with other members of the association, are going to Romania, Germany, Italy and Belgium, in search of other similar causes. “The aim is to develop an exportable social model,” argues Sylvain, “we’ll sew the seeds, and find out where they grow.”

As a multimedia journalist, I am eager to meet people in the field in order to highlight inspiring initiatives in the world of ecology and solidarity. Texts, podcasts or videos: I like to vary the way I treat my subjects in order to raise the reader's awareness, surprise and question him.