|| Now dare to call me crazy 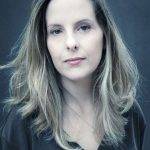 I've always believed in God, but seeing my city turned into a location for zombie movies made me feel like we were alone on this planet.

As recommended by the pediatrician, we chose a nice deserted street to take our daughter for a walk. It was a beautiful day, but all I could think about was my dog rubbing herself against everything and bringing the evil virus home.
I kept imagining that the sporty young guy five meters away could, at any moment, release a quick, deadly sneeze in our direction. The beautiful day only exacerbated the terrible feeling that there would be no more beautiful days.
My daughter was frightened by the wind shaking the trees and by the "vicious dogs" in some backyards, and I wanted to tell her the most comforting phrase I remember from my childhood: there’s no need to be afraid! Whenever my parents or grandparents said this to me, I saw sunshine, even when there was a storm brewing.
However, I could not open my mouth. I hadn't had a panic attack for years and I could feel it coming, speeding up my feet while going soft at the knees. My hands froze while my chest boiled. Grinding my upper teeth into the lower ones until my face looked like a staved-in doll's head.
I was taught, as a child, that God exists. My friends raised by intellectual parents always laughed at me. But I, deep down, was laughing at them. I believed in God every day of my life, but in that second, seeing my pulsating city transformed into the set for a zombie movie, when I should be tossing a few coins to the boy begging for money for food (how can you get close to people without fear of dying?), I felt, for the first time, that we are alone on this planet.
Because my father, at almost 80, can't do anything for me. Because my country, led by a demented psychopath, elected by everyday fascism, can do nothing for me. That science (OMG, how frightening!) repeats daily that it doesn’t know either.
I remember the millions of times my mother told me to face life. Get out of my bedroom, take the plane, don’t cancel parties or meetings. Fight with all my strength against my panic attacks. "So what if it’s too crowded?" And I struggled and did so much therapy and studied so much psychoanalysis that in the end, things were going well. And now what? Now I'm even scared of the condo invoice slipped under the door.
I apply so much hydroalcoholic gel that barcodes stop working. Being locked-down in my apartment is like going back a thousand steps in a board game. My panic is no longer simply an egocentric phantasm; it has entered our collective consciousness.
My daughter's still scared and she looks at me. Her father lifts her onto in his lap and says: "There's no need to be afraid, it's just the wind. I think the dog's barking because it wants to play." She calms down and thinks the branches are dancing. She waves hello to the dogs. Or am I just imagining it? Her childhood is safe for now. So is mine. I remember that God isn’t there, but at least I have this guy. In a little while, he’ll lie down next to me on the couch, a little bit anxious, and be glad that I’m there for him too.
In the absence of God and without heros to believe in, people are all that remain. I think of friends, and however much I love them, I still keep pinching their chubby arms, and of my parents who make cheese-stuffed pastries for my lunch. My head returns to human proportions and I stop being a hollow plastic toy, ready to be forgotten in a box.
I do "everything that can possibly be done", as if this were my new religion. Now I pray every day to this deity called "everything that can possibly be done". I want to raise a shrine to Saint "everything that can possibly be done". The sum of my "everything that can possibly be done" and the "everything that can possibly be done" of everyone who wants to do something good is what I now call faith.

"Baby, you have to believe me. No one can destroy a great love like that". In the words of Gal Costa, from the album Gal a Todo Vapor(Gal at Full Steam). Hold on to that song, that lyric, that voice. Lie down in the dark, turn up the volume. "Baby, baby, baby, I love you." I know, friends. It's chaos here too, inside and out.
In Perdizes, fascists now shoot from their fashionable balconies at the chorus of democratic pot-bashers. I'm afraid my daughter will play in the tiny sliver of sunlight that penetrates the curtains. We can't go out, and now we can't stay near the windows. But my answer is Gal singing in my headset, loud and clear.
I'll hold on to that and to everything that's beautiful in this world and one of these days, the virus and vermin will disappear. Then my daughter and I and the most beautiful songs ever written will joyfully meet the birds and the streets and the friends and my mother and father.
Watch Nanni Moretti's film Caro Diario (Dear Diary). And when you hear Leonard Cohen's "I'm Your Man", embrace beauty. The following scene is an excerpt from Keith Jarrett's The Köln Concert .
Squeeze, cajole, cover beauty with tenderness. Then Google Keith Jarrett and see the musician climbing all over his piano. OMG, what a pianist! Do you have a musical instrument? Try climbing on it!
How beautiful are the words, so excruciating in the ears of the fanatics who blast out the national anthem every day at 8:30pm for the benefit of their neighbors’ ears. But that’s not the subject here. I was in the second row when Keith Jarrett played the São Paulo auditorium. He groaned while playing. He became one with the piano. I'm embracing that memory now.
My daughter likes to lie with me in bed looking deep into my eyes. We stick our faces close together and playfully gaze deeply and intensely at each other. And just when I think she'll laugh, she lingers for a few more seconds and strokes my hair.
I say, "I love you so much," and she says, "luvumuch". In the space of a second, I die and am reborn 489 times. The most incredible hit of love you could imagine. Hold fast to this moment. We're going to make it through this, for sure. I’d be crazy not to follow. Follow where you lead. Your eyes. They turn me. Radiohead is such a downer, but it makes me so happy. I'm gonna cling to Thom Yorke's drooping eyelid to get out of this. Because despite his weird fish face, I see so much beauty.
One day the cinema will return, and our lives with it. Theater audiences will cheer and laugh. When someone in the audience coughs we’ll be annoyed instead of being afraid.
One day my mother and father will walk through my front door again, and the world with them. I will go with my daughter to buy pasta in a big, colorful and noisy supermarket. And I'll regret going to the mall, rather than to the park. That I bought Peppa Pig's School instead of going to see real ducklings at the lake. Because outside there are so many options, and I miss the anxiety of having to choose. I even miss being a creep living in the fake plastic Earth.
Against the virus and the vermin, let's embrace beauty. The violin scene in the film Love in the Afternoon; the clip at the beginning of the film Closer; being invaded by vertigo when reading The Unbearable Lightness of Being; Clarice Lispector shattering the silence of her words by clumsily declaring her love for him.
Those who wish for victory lose the glory of weeping. They are about to invent a sea big enough to scare me into giving you up. Throwing my body to the world. I went outside and saw two suns in one day and life burning without explanation. Snap out of your depression, stand up straight, resist evil. With art, the victory will be ours.

Ep #1 – Neurosis made in Sao Paulo