|| From the block to the world

To Pop Queen Aya with Gratitude 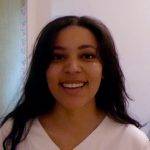 Maylis Saleh, 23, has spent her life straddling between worlds: among others, her father's Swahili heritage, the classical references passed on at school and the hip-hop culture of her childhood heroine, Diam's. When she heard Aya Nakamura's music playing from one of her neighbours' windows in a conservative part of the city, naturally she bugged.

In 2006, I was eight years old. Harry Roselmack — the most charming French journalist, who also happens to be Black — was presenting his first newscast on TF1. I had two cats, and Diam’s’ second album Dans ma Bulle (“In My Bubble”) was playing over and over on my MP3. I was attending a primary school in a comfortable neighbourhood of Western Paris. The unusual thing about this area was that most of my friends had at least one parent who worked in the Military. My school was located between two worlds: on one hand, French civil servants and on the other hand, a bohemian bourgeoisie. My parents belonged more to the latter category. I didn’t go to catechism classes nor to Mass, and I wasn’t a scout. Moreover, the question of passing on any traditions to me, was problematic for them. At the time, it was easier to place me, but today, it’s almost impossible to guess what my origins are. Generally, the people I meet believe that I am one of them: either from Latin America, the Maghreb, the Arab world or Asia. In fact, my mother is French(Basque)-Caribbean and my father Zanzibari of Comorian origin.

At home, my father often watched cassettes of weddings, filmed mostly in Zanzibar which is where he was born and grew up. I would hear the Taraab** music and see men and women dancing. Although I couldn’t understand the words (the women were singing in Swahili), I absorbed the music, its rhythms and sounds. My father wore a sarong** to sleep in, and when I was a child, I didn’t believe that a grown man could wear pyjama trousers; I thought that only children wore them. Yet, one day when he dared to come and collect me outside a friend’s building in a kanzu— a kind of djellaba, I ran away from him to get to the door of our building as quickly as possible. I couldn’t understand why he was exposing us this way; our presence was already noticeable enough.

Fast forward to my cognitive dissonance a few years later. Our neighbours were having a party; their windows wide open, they were singing "Djadja" and dancing to Afro Trap music!

In 2012, I left secondary school and went to high school. My need to fit in intensified — perhaps because there was less social diversity there. My ability to conceal the signs of my “otherness” improved. During my three years in high school, I learned to formulate ideas clearly, to keep quiet as much as possible and to behave appropriately — most of the time; I experienced this as a form of violence which I internalised. Funnily enough, my classroom provided a space where some types of individuality could be expressed: there were fourteen of us in the literary stream in a predominantly scientific high school. The cultural radio programmes, which I started listening to during that period, all broadcast the same voice. This was my perception of how an educated woman comes across when she is given the floor: gentle and calm.

In 2016, six months had gone by since I passed my Baccalaureate and I decided to take a break from my studies to become a civic service volunteer. I wanted to see how people lived elsewhere. The coordinator responsible for the mission was also in charge of recruitment. We had interviews, initially all together and then individually. There were about forty of us, aged between sixteen and twenty-five. The group was heterogeneous: a meeting place between fans of the new wave band Indochine, those of the rappers from PNL and veganism. We were in charge of organizing film clubs in the Hauts-de-Seine, a suburb of Paris. On the other side of the ring road, I familiarised myself with new codes. I was perceived as being a bourgeois, and found this situation somewhat intriguing and amusing, as when we socialized outside work, nothing or almost nothing differentiated me from my new friends. In a way, I had to adapt once again but the difference this time was that I was included without any reservations, moving between worlds and developing bonds along the way.
The year 2016 was also the first time I saw and heard Aya Nakamura singing “Love d'un voyou” (“A Rogue’s Love”), a duet with the rapper Fababy, which was broadcast over and over again on television and radio. Aya made an amazing entrance on stage. She was a young, Black, dark-skinned woman; her body did not reflect the manufactured visions that create fantasies. The most striking aspect about her was the proud look in her eyes which did not betray any signs of fragility or of her being a woman-child. I found her cool, and her song with Fababy appealing because it also told the story of the collision between worlds: “I'm going to university; I've just passed my Bac/The police are pursuing me; one day they're going to shoot me.” This apparition in my field of vision was fleeting.

In 2018, while I was studying for my degree, I gave tutoring to eleven-year-old Oumou as a volunteer in the Franco-Malian Association founded by her father. Nakamura, the singer's second album, had just been released. When Oumou had to write a portrait of someone who inspired her for her German class, she obviously chose Aya. All around me, young women — often of mixed social, cultural or ethnic backgrounds — are delighted to see her; she, who is so unlike any other, shaking up traditional representations and mentalities. Now that her success is underway, new critics are taking an interest in her work.

I can’t remember the number of times I've heard or read that she is impoverishing the French language because she uses words from different lexicons. I think juggling with languages is as brilliant as toying with language. Understanding a sentence formulated from various lexicons, isn't that a mental pirouette that deserves to be commended?

Although I am no longer a child, I remain fascinated by the possibility of communicating by producing sounds. I don't know if that’s because when I spent time with my stepmother, we didn’t have a common language to communicate in, or if it’s due to the fact that in my mother's family, over several generations, no one has had the same mother tongue. Maybe it's because for the past twenty years I've often heard my father talking on the phone in Swahili for hours on end and I still don't understand him. In any case, when artists adopt plurilingualism in their texts, what I see at a deeper level is proof that very different systems can coexist, and are capable of creating harmony and coherence.

It is now 2020 and Oumou is thirteen years old. She is astonished by the singer's international success: “It's amazing that a French woman is so successful abroad. It's great that she represents France. She also shows that you can succeed, regardless of your background.” Aya Nakamura's real success story is that she has gone mainstream. “What she has accomplished has taken on such proportions that no one can ignore her existence,” commented Viviane, a friend I've known since high school. She is uncompromisingly authentic and therefore her very presence is a transgression. This has been proven by the considerable amount of criticism she has received about her body and her behaviour through different types of media.

What strikes me in particular is that she makes no attempt to fit in. “She doesn't pretend to love Juliette Gréco” exclaimed Gauz, the Ivorian writer who has lived in Paris for some time, when he was speaking with the journalist Cyril Lemba on the new podcast L'À-peu-près 1 h."She puts Black and Arab working-class women on the map of French imagination. She’s stirring something up. Boom!" he rejoices.

This “boom” was not confined to France’s borders: “Djadja” was featured in the Spanish series Elite. Many celebrities have filmed themselves dancing to the song on social media — as have my cousins and their friends in Canada. The apparition of Aya Nakamura on the giant screens of Times Square is almost surreal. Surely, this must reflect a shift for France’s image abroad, which has now been dusted off.

For all those people who have been accustomed to having the complexity of their lives recounted by others and reduced to clichés, the arrival of Aya Nakamura, described by Gauz as “Saint Aya” is an occasion for celebration. Aya Nakamura's voice which is enriched by a unique history and distinctive influences, now resonates throughout the world — it is a world that embraces her.

* Taarab is a musical genre popular in the Swahili world. It originated in Egypt and was adapted with local melodies. It is a fusion of pre-Islamic music, sung with a poetic rhythm and Arabic-style melodies. Depending on the country, the taarab has its specificities; in Zanzibar it is played with violins, while in the Comoros, where it is written "Twarab", it is played with guitars.

** The sarong (pronounced [serun] in Swahili) is a rectangular piece of cloth that has a cylindrical form. It is worn rolled up on itself at the waist. The sarong in Zanzibar originally came from Indonesia and is worn exclusively by men.

I was born in Paris in 1997. At a very young age, I became passionate about a number of pop culture icons and musicals. One day I incidentally came across literature and since, have been obsessed with Jean Genet.

The Garden of Stars

To Pop Queen Aya with Gratitude

French Banlieues : Since The 2005 Uprising, 15 Years In A State Of Emergency

The Role of his Life