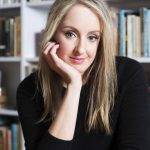 I was mean to him, I’m ashamed to say, punishing him for the fact that I was all alone in a pandemic, that he hadn’t been born a completely different person, that try as I might I couldn’t mold any of these men into the shape of a soulmate.

The days continued to pass, and it became increasingly difficult to distinguish between them. Friends would call, and we couldn’t remember whether we had spoken two hours or two weeks ago. The virus colored everything, giving birth to alien emotions, blurring boundaries between the real and the imagined. I felt blind fury when our president suggested that the churches must be full by Easter, stabs of anxiety when the characters in the book I was reading walked into a crowded room. My teenage clients were sleeping till two and bursting into tears when I asked if they had finished fifteen pages of The Bluest Eye. One boy would only FaceTime as he wandered the streets of Manhattan like a hooded flaneur, and the sight of my city’s painted eaves and bright blue sky, joggling with his every stride, filled me with homesickness. Another client, a freshman, had spent days building the most splendid of forts in her bedroom, hanging from the ceiling every towel and blanket she could find, sleeping, eating, and conducting all her classes there, until one morning it had outraged her with its messiness and she had torn it down. “What am I doing with my life?” she wailed. “I can’t just be building forts all day!” My mother had started penning daily emails that doubled as absurdist literature—had I heard that the dogs in Italy were getting quite exhausted, she asked, now that their owners were lending them to all their petless friends and they were being exercised for hours? Another time she sent a picture of a present she had made for her sister, a six-foot-long walking rope with handholds at either end. “Why,” asked my friend Nellie, “is everyone on the internet baking bread?”

On Day 20 I drove Oscar to an emergency vet that I had found in Massachusetts. Pet mothers were no longer allowed inside the clinic; instead you had to call from the parking lot and a technician wearing a face mask and plastic gloves would retrieve your animal from the passenger seat. While I waited, I read an essay by Ian on political fatigue and recovery—finally, an artwork that I had actually solicited! Ian and I still hadn’t FaceTimed, mainly because I was too lazy to wear real clothes or put on makeup, but we had spent three and a half hours on the phone the previous Friday, when I had found him charming and considerate. He had the deep, clear voice of a radio personality, and all the years he’d spent at Trinity had given him the traces of an Irish accent. Since then, I realized, he had become the person I wanted to tell things to, the person I wanted to text when I was sad. Then Oscar was returned to me trembling, his belly shorn, and I spent the rest of the day trying to make a list of reasons why it would be all right if he had cancer.

It was that same day, I think, that I finally broke my quarantine for William, a college basketball player turned environmental activist whom I had tried to break up with in the fall. His obsession with sexting and single-use plastics, coupled with his failure to ask me a single question about myself, had made me want to scream. I eventually told him as much and he responded by buying my book on Kindle, but things went downhill from there. “I’m just confused,” he said of the preface, “because it kind of reads like a memoir.”
“It is a memoir,” I said.
“Oh.” He was silent for a moment. “I guess I just thought from the title”—which includes the words “Woolf” and “Virginia”—“that it would be all about Jane Eyre.”

Now he arrived at the door with a bottle of wine; he had been taking a life-must-go-on approach to the virus, but he still humored me by consenting to sit outside and apart in thirty-degree weather until the light had left the sky. Then we ordered pizza, opened more wine, and retired to opposite ends of the couch. I told him about my fears of single motherhood, and he suggested we become co-parents. I tried to explain why I couldn’t raise a child with a man who was indifferent to literature, just as he couldn’t raise a child with a woman—me, as I had just demonstrated in the kitchen—who didn’t know that you couldn’t recycle the greasy side of a pizza box. I was mean to him, I’m ashamed to say, punishing him for the fact that I was all alone in a pandemic, that he hadn’t been born a completely different person, that try as I might I couldn’t mold any of these men into the shape of a soulmate. La solitude, I kept thinking, c’est les autres. We argued for a while, and then we started fucking, leaving me with a tremendous sense of guilt at having endangered all humanity.

That night I dreamed of two strangers, one of whom had peeled off the other’s skin and worn it like a mask. When I woke, I realized I had been clenching my fist in my sleep—embedded in my left palm was a row of little bloody half moons, and William was gone.