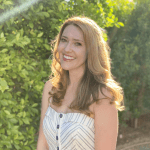 Sometimes it takes several encounters to find each other. Sometimes it even takes 10 years. The time to become adults.

There was the first time — we met in New York, when you were working as an intern at that men’s magazine. You were going to write about men. Your first assignment was to pick up your boss’s lunch, but you got lost because you didn’t know the city yet. You told me this as we careened through Times Square, bumping elbows, so many elbows, through the throng of people in puffy winter coats. You didn’t have a winter coat, just a denim jacket and two sweatshirts and sideburns long enough to provide some heat. I’d spent my paycheck on a cashmere scarf and sweater. I’d never met someone so joyful, so unprepared. Here was someone I could teach a thing or two.

We slid into a booth at an indistinct wood-paneled bar. I bought you a beer and you kept your ID in your pocket cause you were only 20. “You’ll grow up,” I said. I was 22 and doing my mother a favor by checking on her neighbor’s son who’d just moved to the city. I was good at doing favors.

Or that time we walked through Central Park at night. You’d grown a beard, gotten your first byline. I’d written press release after press release. We ate pasta at a place with flickering candles and cloth napkins, and when a live jazz band started playing I looked across to you with your beard and thought “we are adults now.”

Later, in the park I thought you might try to take my hand. Might draw me close as we rounded the pond. You didn’t. Instead you rode on the subway with me and walked me to the door of my apartment, telling me how last week you’d seen a woman on the subway carrying a live chicken. When we got to my doorstep, for a moment we just stood there, and I wondered if the woman had the chicken in a cage or just loose in her hands. I wanted to say, “do you want to come up?” but chickened out. All that talk of chickens. Maybe we weren’t adults yet.

Or the time we went through the back entrance of a Five Guys to an upstairs speakeasy and I told you about a marketing assistant job that didn’t value me and you told me about a data analyst who was going to break your heart. You’d shaved the beard and cut the sideburns. You’d written about a famous actor who loved motorcycles. We sat on a leather banquette beneath a TV playing low-budget horror movies, and I’d pretended jealousy was something I couldn’t feel. “Give her some time to show you she cares. She might not be ready yet,” I said. “You’ll be okay.” I was good at reassurances.

Or the time you called me, frantic and spent, drunk on youth and Dos Equis, needing a place to crash for the night. There was a gas leak in your apartment and would I mind? Even when you arrived with puffy eyes and grey skin and a heart broken by a data analyst, you were still handsome. Always handsome. You were researching a book about men’s tennis. Outside my window they were working on the street and you said, “I bet you get whistled at by a lot of construction workers.”

You stretched your long arms out and pulled me into them, my face at your shoulder. “There’s a comforter on the couch,” I said. I was bad at taking risks.

Or the time you sent me a postcard out of the blue after we’d lost touch for a while. You’d moved in with an art consultant, then moved out. Thought about moving to LA, but didn’t. I’d moved up the corporate ladder. I’d tried to date, failed. I’d met a man who did taxes, but nothing else. One who traded stocks, who traded on his looks. They didn’t last. Men said they didn’t know what I was thinking.

You were in London interviewing soccer players. “Wish you were here,” the postcard said. “I’m always here,” I wrote back.

Or last night when we saw each other in a dark bar. Years had passed, we were adults. You rushed up to hug me and give me a kiss on the cheek, the stubble of your face grazing mine. You’d grown your hair out, published a book, turned 30. “I’m here in the West Village now,” I said. “Haven’t seen any chickens on the subway.”

Your friends crowded in wearing pressed shirts and you put your hand on my back and said, “This is the girl who’s saved me, a couple of times.” And I caught my reflection in the mirror behind the bartender, my glossy hair and tanned shoulders; wondered if our mothers knew we were both at this bar. And when our hands and hair and hips grazed I thought of the puffy winter coats, and leather banquettes, and you on my doorstep years ago, waiting to be invited up.

Or this morning, when you opened your eyes and said, “Hi.”

Nicole Beckley is a writer and performer whose work has appeared in The New York Times, Fiction Southeast, New Limestone Review, McSweeney’s Internet Tendency, and Tribeza, as well as in many small theaters and on at least one public access channel. She holds a B.A. in Urban Studies from Stanford University.