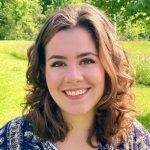 One day, out of the blue, Mathilde tells her friend Lola that she nearly died when she was younger and suffered from anorexia. This confession comes as a shock to Lola, who will strive to understand how Mathilde became ill.

The first time I saw Mathilde, she seemed so lively and good-natured I immediately wanted to get to know her better. Mathilde is a pretty brunette who smokes like a chimney and loves to quote lines from Little Miss Sunshine. We met in 2015, at a performing arts centre where we were both employed as ushers. The job was a pleasant one and gave us enough time to befriend each other. Soon enough, we were getting along and made it a habit to go out for a drink after work. I would order French fries; she would drink red wine; and that’s how we became good friends. One day, in the middle of a conversation, she told me that ever since she nearly died, she has put a lot of things in perspective. Seeing the surprise on my face, she breathed one word: anorexia.

At the time, I didn't know much about the illness. In that moment, the word only brings to my mind the emaciated bodies of models the press talked about in the 2000’s. It also reminds me of those teenage girls who starve themselves with a determination that seems both deadly and unfathomable.

The thing is, I just can’t connect the dots between those facts, those images, and my friend. Something doesn’t add up.

“Looking at me, you’d think the only emotion I could feel was sorrow,” she says. “That’s what my father told me; he said it was terrible to see my eyes like that, as if I was always internally screaming.”

Later on, as we grew closer, she began to open up about her illness and even showed me pictures of her that her mother took when she was still deep in anorexia. “It doesn’t even look like me,” Mathilde says, “I look like a zombie.” In the pictures, she appears severely underweight. But what I find most disturbing is the look on her face — identical in every picture. “Looking at me, you’d think the only emotion I could feel was sorrow,” she says. “That’s what my father told me; he said it was terrible to see my eyes like that, as if I was always internally screaming.” “Even beyond that,” I tell her, “you aren’t smiling in any of the pictures.” “Yeah, no, it wasn’t my thing,” she laughs. “I was always sulky. It’s weird, isn’t it, when you know me as I am now?” It is.

I felt the desire to understand what had happened to Mathilde. How was it possible that such a lively young woman as herself had fallen into the most radical form of restriction? This is the question I hope to answer with this series of podcasts. Following the story of my friend Mathilde, I will conduct an in-depth investigation, in an attempt to figure out what exactly is at stake with anorexia.

“My Friend Called Anorexia”, a podcast by Lola Bertet, produced by Frictions.co.

Born in Paris in 1993, Lola developed a passion for stories early on. After her studies in theatre focused on dramaturgy, she discovered the world of podcasts. She launched her first one in 2016, titled "Dans la Loge" ["Backstage"], a series of interviews with female performers. She received training at Radio Campus Paris, Longueurs d'Ondes before going back to university to complete a master's degree in Journalism. In 2020, she self-produced a podcast called "Déplacement(s)" ["Shifting"]: life trajectories turned upside down consequently to the Covid-19 crisis.