|| Stay away if you love me 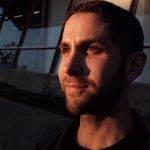 Karen has already defeated diseases! So it's not a small Chinese virus that's going to scare her. Especially when her President is the strong Donald Trump.

Being sick in the hospital is the bummer of all bummers. Dammit, I had an April Fool’s prank all planned and everything. I was gonna dress in the gorilla suit I bought at work and scare the boys when they got home from school. But they haven’t had school in weeks on account of the virus. Instead, they’ve been sitting on their behinds, stuffing face and playing Madden on Xbox. I know they’re not attending all their Zoom classes either.

In my 43 years, I’ve never never been on a ventilator before. I sound kind of like Darth Vader, only if he were laid up and zonked on pain meds. These are actually pretty sweet pain meds, and they’re going right into my arm through this IV here. I don’t have to do a thing. It’s hard to tell how much is me breathing—and how much is the machine filling me with The Force.

The coughs earlier were so bad. It felt like a little person was sitting on my chest, digging into my lungs with his tiny butt. I’m glad not to be coughing now. I haven’t coughed that much since we’d smoke grass out of soda cans in high school. Those coughs were fun.

It’s Tad and the boys on the nurse’s iPad! They look so handsome. If only the screen would stop buffering. Christ. What are they saying? Is that an “I love you”? Oh, they’re so sweet. I say, “I love you” back, but I don’t know if they can make out what I’m saying with the tube in my mouth. Plus, this ventilator is awfully loud.

I signal to the nurse to turn up the volume on the iPad, but my arm hardly raises. Whatever they’re pumping into me must be strong. Tad and the boys are all pixelated now, and I can’t make out what they’re saying. I don’t like them seeing me like this, anyway.

My eyelids are so heavy. I’m just gonna rest. I’ll be back to normal soon enough. Tad and the boys will come pick me up. On the ride back, we’ll stop for Chick-Fil-A. I can already taste those strips and waffles fries. Maybe I’ll get a peach shake.

I’m Karen Spitzer, dammit. I’ve beaten viruses before. I’ve shown the flu who’s boss the past couple years. This is just the Chinese version. It’s got a different seasoning, that’s all. I’ll be okay.

I’m just gonna drift off to my happy place...

I’m in the jacuzzi with Tad back home. We’re drinking his famous margaritas with the salt on the brim. The boys are out for the night and we have the house all to ourselves. He gives me that look, then we head to the bedroom. We undress and get it on with the same passion we’ve had for the past eighteen years. That’s my happy place. Home.

Damn, that man is really coughing his lungs up across the way. Did I sound that bad earlier?
I’m just sick of it. All the coughing and illness. All the talk about corona this, covid that. It’s all anyone’s been yapping about the past month.

It didn’t matter much to me. Tucker and Hannity said it was nothing. Even liberals like Dr. Drew said it was basically the flu. I wasn’t worried, at least not about the virus itself.

Trump wasn’t worried and he’s been doing a great job, so I take my cues from him. He’s gotten our economy back on track and he’s making America great again, not panicking over one issue. He has scientists to deal with the virus, and they told him it was no big deal. He’s doing what he can with the knowledge he has. Still, the liberal media and the radicals in the deep state are using all this to seize power.

Sure, I tested positive for covid, but it’s still fishy to me. Why do they want us avoiding each other? Because they know we’re stronger in numbers. The deep state just wants to be in power again like with Obama. They want to crash the stock market and sink the economy so creepy, old Joe Biden can ride into town like the hero and save the day. Yeah, right. Not gonna happen.

The left wants us to think it’s the end of times—and that Trump caused the virus. How could he be the cause, when it came from China? Still, they keep pushing that old Jew Bernie on us, screaming like he’s all out of bagels. Or there’s Pocahontas Liz on CNN doing chants to stop the virus. Puh-lease.

It really felt like a dream when all this started. Everywhere started to close, from the boys’ high school to Tad’s Mazda dealership. The shooting range. Movie theaters. Restaurants. Tad and I got Outback takeout on our 18th anniversary and trust me, a Bloomin’ Onion doesn’t travel well. I hated being upset on our special day on top of everything else.

More and more people in the neighborhood began to keep a distance. Pastor Gilroy started giving his sermons behind a glass shield like he was the Pope or a bank teller. About half the families who normally attend stopped coming to Sunday services altogether and started watching on Zoom instead. Lame, if you ask me. We didn’t give in to the fear. Hell, we always stock up on toilet paper and paper goods with my employee discount. Who was that liberal nazi to tell me I was hoarding?

Costco made us work in masks and use hand sanitizer. But you can’t work a register in a mask. You’re constantly looking down to scan items and handle cash or credit cards. Then the mask is either riding up, falling down or just sitting uneven. When you sweat, which you will, it starts to smell like an oatmeal fart stuck to your face. I went long stretches without wearing it, and the hand sanitizer made my nails burn, so no thank you. I didn’t see many sick people at work, so I probably didn’t catch it from there.

I just want things to be back to normal. I want to let off steam at the shooting range with the new Glock. I don’t want Austyn to miss his senior prom. I want to know who he’s gonna take, and it better not be that Chinese girl. I won’t allow it. I want to see Eli get into shape and make varsity. He’s so committed. I want Tad back at work selling cars, which he’s the best at—and it makes him so happy. I hate seeing him this sad, this bored.

Okay, now. Shut up! Now I’m getting mad. I’m seriously upset. I don’t wanna be here. Dammit! I’ve done my part to live righteously for our Lord and savior, Jesus Christ. I’m far from a perfect creature, but I’ve tried my best. I’ve given back to my community. I’ve put my family before myself. I’ve never been bought into fear, or the False Evidence Appearing Real.

It all struck me as false, yet here I am. I suppose I have faith that everything is gonna turn out okay. What are my options? I just don’t get why I’m being punished. I did like the news said. I spoke my truth on Facebook, and everyone agreed with me. So then why am I here?

What’s that noise? Sounds like the nurses are heading over to that coughing guy. That can’t be good.

I’ve never been sick like this before. Thanks, China. You fuckers. When I recover, we’re done with China. No more Chinese electronics or Chinese food. Bye-bye, Chinese cleaning ladies. Maybe I caught it from Ming-Ling? Last time she steps foot in our house again. I know Tad likes her, but this is the last straw.

Tad and the boys will be here soon. I can’t wait to surprise them in the gorilla suit later and yell, “April Fool’s!” and we’ll all laugh and laugh. But right now, I just need to rest then get off this damn machine.

It really does sound like Darth Vader. It’s uncanny. “Luuuke, I am your father.”

When I get well, we’ll look back on this April Fool’s Day as the funniest one yet.

Ep #1 – Quarantine is a Pisces’ dream