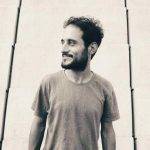 We call them boatmen. In the shadows, these freshwater sailors contribute to the delivery of goods essential to the country’s subsistence during these times of health crisis . An encounter on the Seine with this little-known world of inland navigation transport, largely underused at a time of ecological transition.

On this February morning, traffic is heavy on the quai des Grésillons in Gennevilliers. Below, on the Seine, Vaqueros has been moored since the day before. On board, Philippe Leleu is waiting for the agents of the Semoulerie de Bellevue to arrive, in order to deliver his durum wheat from Eure-et-Loir to Panzani. Pasta. An essential food in these times of health crisis. Like the good old profession of boatman. A little-known profession that is at the forefront of making an entire country run, alongside cashiers, refuse collectors and other nurses. “We stay humble, we just do our job,” he shares before saying: “Don't say barge, we say motorboat! It's like saying cart for a truck.” Coming from a family of boatmen from the Loire, sailing rivers since 1740 before moving to the North, the Sarthois native is very attached to his ecosystem, which he has held dear for thirty-seven years. After years working in Belgium and earning a living as a liner captain, Philippe finally chose to become independent. What I like is my freedom and the silence,” explains the fifty-year-old who lives on the water from Monday to Friday. “I can have my coffee in the fresh air, while watching nature in motion. I have all the comforts of an apartment with the internet on board. Sometimes I find myself in the middle of the bushes, along the hillsides, at the foot of the castle of La Roche-Guyon. I come across birds, swans, ducks.”

It was on Sunday evening that Philippe reached the Méricourt lock in the Yvelines where Vaqueros, his Campinois motorized barge was parked. On Monday morning, he sailed from Bonnières-sur-Seine in direction of Les Mureaux, before going down to the confluence of the Seine and the Oise at Conflans-Sainte-Honorine, the capital of inland navigation. Just enough time to contemplate the fleet following the example of Jacques, the oldest French steam tug afloat, and Philippe sets off again towards the Hauts-de-Seine, to arrive at the Docks of Saint-Ouen on Tuesday evening. It then takes him a bit more than forty-eight hours to offload his 700 tons of wheat. “What I do prevents the saturation of trucks coming from Eure-et-Loir on the boulevard,” he smiles. “I had offloaded there once and I noticed the huge line of trucks. It was a mess. Look at me, I'm all alone, not bothering anyone and carrying the equivalent of what thirty trucks can carry.”

“We’ve been in high demand since the first lockdown”

According to the Federation of French Fluvial Companies (E2F), the tonnage available in French holds is equivalent to 25,000 trucks for 1,042 waterway units. Not to mention the 500,000 tons of CO2 avoided each year in France thanks to inland water shipping, namely three million trucks off the roads. Based in Seine-et-Marne and boatman from father to son for six generations, Andy Fouquier, fifty-four years old, is a respected figure in the industry. He is quite familiar with those statistics. Being a member of La Glissoire union and E2F, the sailor takes an enlightened look on a profession that he has embraced since 1987. After various adventures in Germany and on other shores, he’s been sailing exclusively on the Seine and the Oise for twelve years now. Grain represents 50% of his regular merchandise. Aboard his Bornéo made in Belgium in 1966, he casts off every week with his wife Esmeralda and his apprentice Maxime. Departure from Montereau-Fault-Yvonne (77), heading to Rouen. “I see a lot of the country, and we never grow tired of crossing Paris,” he says. “By the way, we know what it is to be confined. We have no contact with anybody on land for several days and we are used to having food on board. It hasn't changed our daily life that much.” He admits, however, that he has delivered a lot more grain than usual. “We’ve been in high demand since the first lockdown. Dozens of colleagues on the Rhone were even called on to transport emergency orders of hydro-alcohol gel.” But how can we explain the fact that sea freight, despite its ecological merits, remains a largely underused transportation mode? For Andy, "the state is just talking, when we could be contributing much more.” He continues: "There was the Grenelle de l'Environnement, which was supposed to encourage river and rail transport. My 1,150 tons are equivalent to 35 trucks. We are by far the means of transportation with the lowest greenhouse gas emissions per ton of goods transported. We don't kill anyone. We don't create traffic jams. Also, a house on the waterfront increases in value, right? But a house on the side of a road or a railroad loses value.” Exactly what needed to be said.

While the industry is tending towards a decarbonized model designed to improve the ships’ energy performance, water transport is genuinely striving to meet the challenge of climate change that France is facing. Despite 8,500 km of navigable waterways (including 6,700 km administered by the French navigation authority VNF), their use remains marginal, whereas in the Netherlands, more than one out of three containers is transported by waterways. “Even though the state may have ecological ambitions, there is no particular incentive to change the transportation habits of companies,” observes François Manouvrier, director of the Training Center for Inland Navigation Apprentices (CFANI) in Tremblay-sur-Mauldre. Most of them still find it easier to put containers in a truck at the port of Le Havre to drive it to Paris within two hours via the highway.” A number of counter-examples exist however. Starting with Franprix, which supplies 300 parisian stores in dry products (70% of its merchandise) via river freight over 21 km, between Bonneuil-sur-Marneand the Bourdonnais port located at the foot of the Eiffel towel. The company therefore saves 80,000 liters of fuel per year. “Yes, I’ve heard about it, but it doesn’t reflect our industry,” François Manouvrier reacts. Our transportation mode suffers from an image that has no reason to be, that of a slow transportation mode (editor’s note : their speed varies from 6 to 25 km/h depending on the waterway used). But we don’t talk enough about our participation in relieving the roads.”

“A political willingness is all you need”

From weak political backing to a logistics model sometimes considered to be too restrictive by shippers, the deviation of inland water freight is a long story. Faced with an aging and poorly interconnected network, the Seine-Nord Europe Canal that boatmen have been waiting for nearly forty years, is finally showing up. Currently under construction, this missing link should connect by 2028 the Oise river to the Dunkerque-Escaut canal, from Compiègne to Cambrai over 107 km. On this route where goods circulate almost exclusively by road, this new European-size gauge corridor will make it possible to accommodate convoys that can carry the equivalent of 200 trucks, and thus relieving the A1 highway of 500,000 trucks per year. In addition to offering a cost-competitive alternative, this large river network which will extend from the parisian area to Benelux, promises to recruit manpower and to develop new sectors linked to the circular economy. Could this be a profession with a bright future? “It is the general and public lack of knowledge that makes it a profession that has trouble attracting people,” François Manouvrier states. We have between seventy and eighty students per year enrolled in a three-year course. It is a sector that recruits.” Once they graduate, our young people usually start out as employees and then, after five to ten years, they end up launching their own business.” Andy Fouquier’s turn to react: “Yes, it’s a job with a future, all you need is a political willingness behind it. We’re close to 300 boats on the Seine, so it’s starting to be a lot of tonnage, just like the concrete power plants which are supplied via waterways. But we can do much better. Concerning the new canal in the North, it’s indeed good news, however there is also a commercial concern at stake. And yes, it’ll allow me to return there thanks to the big locks they will build.” What about the future of small-scale inland water transport in the face of the large goods carriers? Off the record, some boatmen already fear competition from the northern countries, where social charges are lower and fleets are much more modern. To be continued.

The future of urban logistics

Meanwhile, a few elected representatives of Seine-Saint-Denis, convinced by the opportunity of inland navigation, are keen to relaunch the project of a shuttle linking Saint-Denis to La Défense within fifteen minutes. The port of Haropa in Paris is multiplying experiments, such as the transport of wood between the two ports of Rouen and Bruyères-sur-Oise, 5G in the port of Le Havre, or the river waste facility moored in the port of Tolbiac at the heart of Paris. And then there are the electrically powered floating warehouses that innovative companies like Segula and Amme are developing. Thus abandoned since the 1970’s in favor of road transportation, fluvial transport could well reappear to shake up the future of interregional urban logistics which still suffers from traffic constraints on the last kilometre — those trucks that are clumping together, as Philippe described. As he approaches early retirement, he is secretly preparing to take part in the sector's revolution. In a more serene and contemplative way, he will sail aboard his Freycinet, which he is pampering to organize cruises on the Mayenne and Sarthes canals in the next three or four years. Therefore, lovers of the rivers, by turn technicians, traders and managers, the boatmen aren’t done drawing attention alongside the quays.

Thirty years old and based in the suburbs of Paris, I've been been navigating in the world of media since 2005. From the basics of the profession learned in the regional daily press in Avignon, I've worked as a correspondent in Barcelona, freelancing from Bangui and digital publishing in various Parisian editorial offices. Freelance since 2015 as a reporter and writer for the mag and digital press, I work on different types of society topics. I also lead writing workshops and practice photography. Fan of football, wine & cheese and cappella texts.