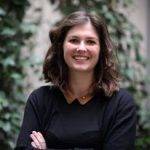 They have different jobs, have different profiles, yet these three men use drugs in their workplace. A growing phenomenon that affects some sectors more than others.

In 2016, an awareness campaign about the dangers of using drugs at work was aimed at a profession many wouldn’t have expected: fishermen. An estimated 28% of them smoked cannabis before sailing off.

That might come as a surprise, but it turns out that drugs and especially alcohol flow like water in sectors such as fishery and agriculture. Meanwhile, the consumption of hard drugs would be higher among the information, communication, arts and entertainment sectors, as well as in the catering industry.

With such a reality in mind, gone are the reassuring clichés we might still entertain about drug addicts being confined to the realm of washed-up criminals. Onsite, in the privacy of examination rooms, healthcare professionals witness a surge in the arrival of a new category of users: workers. Far from the stereotyped figures of drug addicts that crowd our collective imagination, these users are generally well-integrated into social and working life, and do not attend any care facility for the use of alcohol, cannabis, cocaine or other substances.

How has the use of drugs pervaded our work spaces to the extent that it has almost become trivialized? What issues of today’s working world do they emphasize, as they appear to be a solution to the worker’s problems while serving as a mere bandaid, or worse, being the cause of a full-blown addiction?

To answer these questions, we gathered testimonies, starting with Thomas, a student dealing with the rapid pace required for his job at a restaurant, and Léo, a stretcher-bearer who took to smoking as a way to numb moments of idleness as well as his anger of feeling set aside. Journalist Geoffrey Le Guilcher, author of Steak Machine, will share with us his observations about the use of narcotics in the bloody world of line work that one enters upon walking into a slaughterhouse. Sociologist Renaud Crespin, researcher at the CNRS (French National Centre for Scientific Research), will provide insight about how the current evolutions of labor foster the use of drugs in the workplace. And finally, we will hear addiction specialist Marina Quenard talk about the dynamics between man and machine.

Thomas : “[When you smoke,] you don’t really feel like you’re at work, which is why going to work feels easier.”

Thomas is 22; he is a student in an engineering school and works nights at  a restaurant. Suffice to say that his schedule is a busy one: in class from 8 am to 4 pm, he then goes to work from 5 pm to midnight, sometimes up until 4 in the morning. His days are long, and require a lot of physical activity: Thomas and the other waiters are on their feet and rushing all the time, carrying heavy loads — which easily leads to a sore back. The work environment itself sustains the additional pressure that comes with the requirements of luxury services: to look flawless and to be on hand at all times.

Therefore, Thomas reckons, smoking weed together builds a sense of community among the employees and helps them ease their stress, and feel more relaxed. “You don’t really feel like you’re at work,” Thomas says “which is why going to work feels easier.”

According to him, smoking in front of their boss isn’t a problem at all; smoking and drinking are actually tolerated. They laugh it off as “a part of being young”, although, Thomas adds, the staff isn’t only composed of young people.

Today, he confesses that he is willing to quit using drugs, mainly because of how expensive it turns out to be. Making between €1,000 and up to €1,500 a month, taking into account the financial assistance he receives, Thomas calculates that he spends approximately €500 on drugs each month. Freeing himself from what he calls a “financial prison” would enable him to use his money for better investments.

Léo: smoking boredom and anger away

At 31 years old, Léo works as a nursing assistant at the AP-HP, a large university hospital trust operating in Paris and its surroundings. After a conflict with his superiors, he was sent to be a stretcher-bearer in another unit for three months. He describes his job there as tedious and “mind-numbing”, as the strictly defined role he was assigned feels laden with moments of idle boredom that he experiences as “a constraint upon one’s intellectual skills”. In a structure that is known to often lack material and human resources and that can put its employees under high pressure, Léo reports witnessing in different units incidents or behaviors that shocked him as a dedicated nursing assistant.

He took to smoking as an outlet for his anger, a way to numb it and to escape the boredom. Léo is not the only one to smoke throughout the day and he enjoys sharing those moments with his co-workers. Similarly to Thomas’ experience, drug consumption among colleagues is seen as social bonding. Léo even reveals that this behavior is somehow “expected” in his unit, because stretcher-bearers are considered the “misfits” of the hospital. Smoking is therefore trivialized and laughed off. However, Léo admits that he sometimes feels a pang of guilt as he himself would not appreciate seeing a hospital worker take charge of his own parents while under the influence of drugs.

Geoffrey Le Guilcher: in the hell of slaughterhouses

For two and a half years, journalist Geoffrey Le Guilcher went undercover to investigate one of the largest slaughterhouses in France. He recounts this experience in a book published in 2017, Steak Machine. How can daily life be bearable in such a violent setting? Geoffrey Le Guilcher agreed to look back on his investigation for Frictions.

“If you do not drink, do not smoke, do not use drugs, you can’t hold it together [here]; you’ll break.”

In his book, Geoffrey Le Guilcher attributes this revelation to a fellow worker. He compares it with a similar epiphany that can be found in Jack London’s Martin Eden and associates labor with a dehumanizing force that causes the worker to seek refuge in drinking: “He saw, in clear illumination, the beast he was making of himself — not by the drink, but by the work. The drink was an effect, not a cause. It followed inevitably upon the work, as the night follows upon the day.”

Assembly-line work is indeed known for its dehumanization, but at the slaughterhouse, not only does labor strain the workers’ physical health, it is also set in a place full of violence, from the reek to the streams of blood, the cries of animals and the loud clangor of machines. Even the relationships between workers and their superiors are violent. “When you enter the place for the first time,” Geoffrey Le Guilcher says, “it pretty much feels like walking into hell.”

In such a working environment, the consumption of alcohol, weed and cocaine is accordingly high. For many, it is the only solution to keep up with the hard work and to handle the pain and physical complications it puts them through. Geoffrey Le Guilcher compares drugs to “a crutch” and concludes that “it is more a consequence than the cause of their suffering.”

Renaud Crespin: drug consumption as a consequence of “the logic of labor intensification”

Renaud Crespin is a sociologist working at the French National Centre for Scientific Research (CNRS). He started off by saying that, in his opinion, focusing on the responsibility or character of individuals themselves is “a big mistake”; “it is labor that needs to be questioned first”. What kinds of labor entice or lead people to using drugs?

Specific professional sectors might come to your mind when reading this question; some of them have always had a “nefarious reputation” in that regard, such as the nightlife industry. However, this is an idea that should be abandoned, as drug consumption in the workplace isn’t confined to a mere group of specific professions. Depending on the job or the labor organization, substances will be used in very different ways and for different reasons.

The logic behind an individual’s consumption can be to numb themselves, to kill boredom, to boost their performance, to take a break from work at the end of the day, etc. “The logic of labor intensification,” as well as staggered working hours, precarious employment, and a competitive workspace, can be the causes lurking in the background. Renaud Crespin reminds us yet again that sometimes, substances are even provided by or encouraged by employers.

Marina Quenard: “The labor code stipulates that we shall make the machine accommodate men, but when looking at the facts, we realize it’s the other way around.”

As an addiction specialist, Marina Quenard knows very well that between 10 to 15% of people use psychoactive drugs in order to face their jobs. “2 persons out of 10 drink alcohol at their workplace, aside from meals and business parties or drinks.”

She adds that even though most of them are men, drug consumption at work affects women as well — whereas the collective imaginary often pictures female drug users in a stereotyped way, as “a marginalized drunkard, a loose woman throwing up in the gutter”. Quite the contrary, they are often businesswomen with high responsibilities, executives who have to handle their workload as well as their family life.

From Montpellier, Laëtitia Lienhard is a graduate of Audencia Nantes business school and holds a master's degree in journalism from CELSA (Paris-Sorbonne). Specialized in economic journalism, she joined the editorial staff of Le Figaro after several experiences for Les Echos and FrenchWeb. 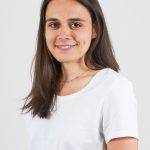 Camille Bichler is a journalist and podcast producer for Paradiso. She works on the development of audio formats for the media outlet Brut broadcast on Spotify. Graduated of the CELSA school of journalism in 2019, she worked for two years in the digital department and editorial office of France Culture. In January 2021, she won a podcast contest organized by the platform Deezer, which allowed her to produce the podcast "La Fabrique de l'intelligence".

Born in Paris, Domitille Lehman is a journalist, graduated from the CELSA school of journalism (Paris-Sorbonne). After having worked for various media, she joined the editorial staff of Le Figaro in 2020.