|| The unbearable lightness of working 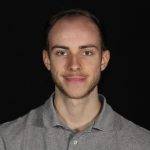 Paul is 21, he is a recent graduate from a major business school and currently doing an internship in a consulting firm. What should be the beginning of a great carrier leads him to a disappointing end : a bullshit job.

Why do they love their job ?

"My mission is very interesting, the team is great and I'm learning every day."

That's what your friend - let’s call him Julien - who has just started his internship or permanent contract in consulting, finance or marketing, told you. He told you he was delighted with his situation, happy to get up every morning to go to work to meet his colleagues and motivated by his responsibilities. As if he had finally found his vocation, whereas he was unable to say what he wanted to do with his life.

"So what do you really do?"

Even if you don't know much about it, you can imagine what the day of a baker, fireman, doctor, bricklayer or plumber is made of. You can identify a skill, and understand what the trade is all about and why they are paid for. But what does a consultant do? What does a project manager or project owner do? If we stop for a second on the terms "project management", we will quickly realize that it makes no sense.

Management: the act of administering, organizing or directing something.

Project: a goal that you want to achieve.

Two empty words that can mean absolutely anything but can tell us anything about the function fulfilled by this job. The fact that the word project is the most widely used in contemporary management literature is symptomatic of the problem we are facing. Julien does a bullshit job: his job has very little social utility and is mainly pretending to work. The nature and origin of bullshit jobs have been widely described by David Graeber, who has recently made a lot of headlines. But we will not focus on these bullshit jobs.. The problem we want to solve is : why is Juliae, your lifelong friend, lying to you shamelessly? Why does he pretend to thrive on processing his emails, aggregating data in an Excel spreadsheet or aligning boxes in a PowerPoint? Worse perhaps, why is he proud of his job?

The first explanation is obvious, that is the Coué method: Julien has chosen to accommodate himself as best as he can to his situation and find reasons to be satisfied. How could it be otherwise? His position is comfortable and many envy him: he has found a job - which is not given to everyone - he is well paid and has important social recognition attached to his job. Julien has no choice but to enjoy it because he is taking advantage of the best. Of course he's disappointed, of course he hoped for more, of course he gets the blues on Sunday night and enjoys Friday, but he's not going to complain about it all day long. By repeating himself that he is happy with his situation, Julien will end up to really be happy with it, and much more easily than if he had had to admit his unhappiness. Denial will allow him to deal with a situation that was difficult to change anyway. And as with any job, Julian still has things to hold on to that will help him get through the next 45 years: colleagues, promotions, a company seminar or vacation.

Admitting his unhappiness, in addition to putting Julien in a difficult and frightening psychological position, would have exposed him to your reprimands. Chances are you even congratulated him when he told you about his job, before he had time to tell you whether he was satisfied with it, in a dialogue similar to the following one:

- So what are you doing?
- I'm a consultant at Wavecenture
- Oh, that's so cool! And how do you like it?

By the time you ask him for his opinion, you have already made it very clear to your friend that his situation is attractive and that you expect him to be happy with it. One more reason for him to not upset you and to give you the answer you expect: "My mission is super interesting, the team is great and I'm learning every day". So you're happy, and we're moving on.

You only need to spend a few moments listening to the speeches of any politician - the more right-wing they are the better it is - to understand what role work plays in our society: it is synonymous with merit and honesty. During his 2007 campaign, Nicolas Sarkozy went to the Rungis markets to meet "the France that gets up early", and said he wanted work to be "finally rewarded. "Finally rewarded", "freeing work", "working more to earn more", "I love business"... Our society constantly promotes work as a way of recognizing its children and differentiating them from the ugly ducklings, the "assisted", the "parasites", those who do not work. It is not simply a question of defending a social model (supposedly threatened by unemployed people who take advantage of it) but above all of defending a value, the value of work. There was even a time when work was the first "value" of the country, in front of the family and the fatherland.

Paradoxically, if society expects you to work and be proud of it, it also expects you to suffer from it. The word "travail" (work) has its roots in the Latin word Tripaliuma three-staked instrument of torture used in ancient Rome to punish rebellious slaves. And if the word work refers to torture, it is by no means a coincidence: work is indeed the divine punishment that we must purge since Adam and Eve were driven out of the Garden of Eden:

He said to the Woman : "Great will be your pain in childbirth; in sorrow will your children come to birth; still your desire will be for your husband, but he will be your master.

And he said to the Man: And to Adam he said, [...] you took of the fruit of the tree which I said you were not to take, the earth is cursed on your account; in pain you will get your food from it all your life.”

Let's have a thought for the women who are taking a triple punishment here (suffering childbirth and patriarchal domination in addition to labor), and let's analyze. Labour is the price to be paid for the original sin, so one must suffer from it. However, there is no question of complaining about it, since it is a matter of repentance, serving one's sentence, and proving one's honesty. To suffer yes, but with a smile please, and ask for more.

The easy way out

So Julien decided to be an honest man, to love his work and be happy with what he has. In addition to avoiding marginalization and eventually convincing himself that he has found his place, he also keeps himself from an existential crisis. Acknowledging one's misfortune is means that you have to fix it. It means setting oneself an unreasonably high goal: to change one's life, to find one's place, to find passion and meaning, towards and against all the difficulties mentioned above. It means putting yourself in danger and betting everything without any guarantee that your well-being will improve.

Julien's company does everything possible to give him an illusion of meaning, through promotions, rewards, compensation and benefits. Even when changing companies, Julian will feel like he's following a path, moving up the ladder and moving towards a goal. As a caricature, you could even say that it gives him a way to quantify how "successful he is", like in a video game where the score counter is in euros. Why bother with metaphysical questions when we are offered such an obvious answer to the meaning of life: there is a social ladder, it's all about climbing it.

The curse of good students

If Julien was so quick to accept to settle into the box we had chosen for him, it's because that's what he's been taught to do since he was a child. Julien has always been a good student, worked well at school, and knew very little about guidance counsellors, who are obviously reserved for repeaters. He obtained his general baccalaureate with Mention Très Bien and got in a selective stream (often a preparatory one), more because he could than because he wanted to, because he has always been told the same proverb: "Work well at school, and you can choose the job you like". As he kept going in his studies, the proverb sometimes evolved in different forms ("with this graduate you can do anything afterwards"; "this school is the royal road and it opens every door") but always with the same meaning: succeed in your studies, you will be rewarded with the job of your dreams.

During his first 20 years, Julien never needed to look for a vocation. He kept seeing the doors open in front of him, thinking that he was widening his field of possibility as he closed it. It was until his internship that he realized that his prestigious Master Grandes Écoles, which is the pride of his family, was in fact just a degree in Microsoft Office, and that he was doomed to fill out slides until his retirement.

Born in Le Mans, Alexandre, 24, is a graduate from the CELSA Journalism school and had worked for Le Monde, Le Figaro, or Le Dauphine Libéré in Grenoble.

In Dakar, the precariousness status of small shops and entrepreneurs is severely strained by the virus-induced psychosis.